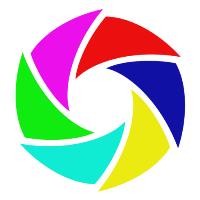 Description
International standards for video and audio transmission, such as the SMPTE ST2110, have become widespread in Internet Protocol (IP)-based production systems. However, device control still depends on the manufacturer’s original protocols, resulting in the vendor lock-in problem. Herein, we have attempted to solve this problem.
We prototyped a control device for an audio input/output (I/O) unit, equipped with microphone preamplifiers. Generally, the parameters of an audio I/O unit, such as the preamplifier gain and phantom power, are controlled using the audio mixing console with the manufacturer’s original protocol. Therefore, if various audio I/O units from different manufacturers are available at the venues, controlling them is difficult in the control room. By using the vendor-free and open-source protocol, “Ember+,” the proposed prototype was capable of controlling them. It enabled us to build a flexible system without the constraints presented by the manufacturer’s original protocols. The prototype was designed within a small box with buttons, displays, and rotary encoders, such that it could be placed and operated on or by a mixing console.
Additionally, we investigated the control of the connection of audio devices and audio channel mapping according to the international standards of AMWA NMOS IS-04, 05, and 08. Although IS-08 is stable with a potential to become widespread, it has not been adopted in many products. We implemented an application software onto a personal computer as an NMOS client to control the connection of audio devices and evaluated the efficiency of NMOS standards, especially IS-08. We confirmed that the application could effectively control the channel mapping of audio devices, similar to an audio router, and could be adopted for any control system.
Thus, our prototype and investigation present practical solutions using Ember+ and NMOS IS-08 to control devices on a multi-vendor IP production system.
Location Name
Salon 1
Take-Aways from this Presentation
novel technological approach
Close