Tripp comes to Halon with over five years of experience in Virtual Production, having previously developed capturing and lossless clean up methods for films and series such as The Mandalorian, The Book of Boba Fett, Obi-Wan Kenobi, as well as the upcoming Ahsoka, and Avatar: The Last Airbender.

His more recent projects include The Batman, Snake Eyes, and Kerbal Space Program 2.

A graduate of Full Sail University, Tripp resides in the Orlando, Florida area. 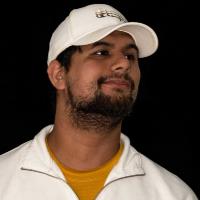