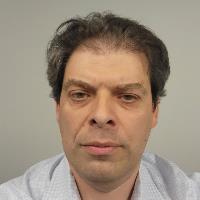 A smooth playback behavior is critical for any OTT service. Viewers naturally like not to experience rebuffering events, but less frequent and shorter ones are preferred when they cannot be avoided. However, ensuring smoother playback becomes more challenging as more demanding services such as low-latency live and 4K streaming become more widely available.

It has been shown many times that adaptive streaming clients compete with each other for the available bandwidth and server capacity. The server’s priority in responding to the individual requests sent by these clients should be based on clients’ time-varying playback buffer conditions. Previously, we presented that the server could wisely allocate its output capacity among the incoming requests and largely mitigate the rebufferings suffered by the clients, provided that the clients informed the server about their buffer statuses using the Common Media Client Data (CMCD) standard. In a more recent study, we developed an alternative solution to the same problem using the Common Media Server Data (CMSD) standard, which is still a work-in-progress in the CTA. In this solution, the server’s response to a request that indicated a sufficient buffer level was delayed until the requests that indicated an insufficient buffer level were handled. The server attached a new CMSD parameter to the eventual response disclosing how long the delay was. This parameter avoided misinterpretation and the subsequent incorrect decision by the client’s rate-adaptation logic. Our experiments (for which we offer the source code) showed that the proposed CMSD parameter eliminated unnecessary rate-shifting to lower bitrates while reducing the rebuffering rate as well as the rebuffering duration.

This paper summarizes these findings and illustrates other envisioned use cases for the CMSD standard.

Location Name
Salon 1
Take-Aways from this Presentation
- Understanding what the new CMCD and CMSD standards are and what we can do using them - Also, the first study implementing and testing the CMSD standard and showcasing its capabilities in improving viewer experience
Close