Full Name
Marc Segar
Honoree Bio
Marc started his career at Channel Four in the U.K. in 1990, originally working on the projects team before moving to Formula One Management, overseeing the broadcast engineering side of one of the most comprehensive mobile broadcast facilities at the time.

His passion for technology led him to Australia, where he joined NEP. In early 2017, Marc was given the challenge of building two centralized broadcast facilities and new capture trucks. An IP laboratory and specialist team was set up in Sydney, and on 22nd May 2017, the first SMPTE 2110 flows were established. Construction of the world’s first native IP production facilities in Sydney and Melbourne, The Andrews Hubs, alongside four native IP outside broadcast trucks then began.

Manufacturer adoption of 2110 was low at the start and many products were designed around this project. He advocated for single flow 4K, simple PTP design, common SDP’s and was the enabler of NEP’s orchestration and broadcast control system.

On the 21st October 2017 (21.10), his team successfully covered a 20-camera remotely produced broadcast in Sydney from a venue in Brisbane (566 miles away) in native 2110 from camera to broadcaster. Today, the Andrews Hubs covers 1600 events each year. 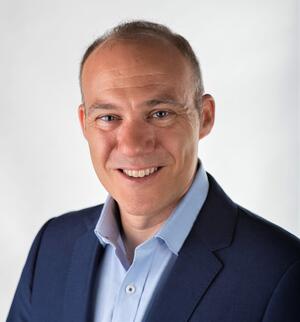